Below are useful links for further information on Bryant-Denny Stadium:

Seating Information:
For information on accessible seating and to view the Bryant-Denny Stadium seating chart page. 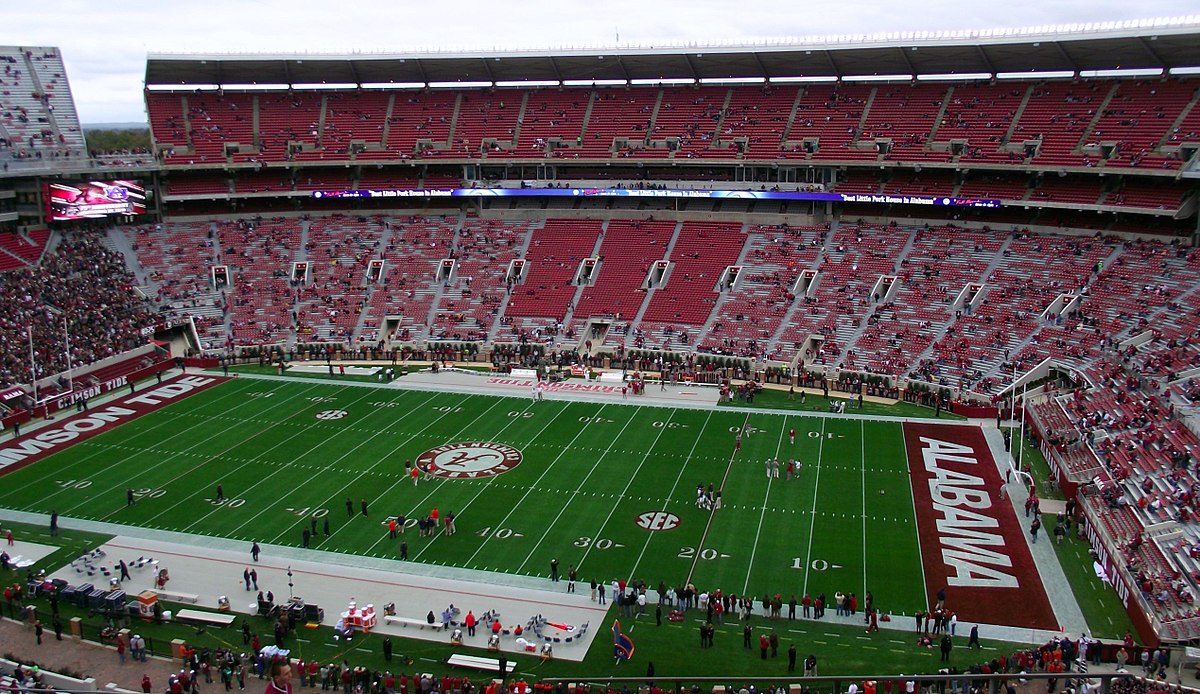 This mega football stadium was built in 1929 when the University of Alabama finally decided that they needed a new football facility and thus, built the original stadium for 12,000 seats. Crimson Tide football team christened the stadium on September 28, 1929. The first official game was on October 5, 1929, against Mississippi. At that time, this grass surface stadium’s name was known as George Hutchenson Denny Stadium.

The stadium was initially named after Dr. George Hutcheson Denny (1870-1955). He accepted the presidency of The University of Alabama on January 1, 1912. His presidential career that spanned almost a quarter of a century was seen as extraordinary for the university.

The stadium remained untouched till legendary football coach Paul “Bear” Bryant, returned to Denny Stadium in 1958. He mapped out details for the stadium to add-on another 12,000 seats and a new press box with an elevator. In 1975, the state legislature renamed it to Bryant-Denny Stadium to honor coach Paul Bryant.

Since then, the stadium has gone through even more renovations:

In August 2018, the latest $75.4 million renovation plan to Bryant Denny Stadium was announced. The multi-phase project is expected to be completed following the 2019 season. The renovation includes enhancing student and fan experiences by providing new social spaces, improved circulation, additional premium seating and upgraded spaces for athletes and recruits. In addition, the stadium will be removing a large number of seats in the south end zone upper deck and replacing with a new HD video board. They will also be reducing the overall seating capacity to well below 100,000. Additionally, the press box will be relocated to the east side of the stadium and will be replaced by 10 new luxury suites. Phases II and III include updating the south end zone club, re-configuring the existing concourses and renovating the luxury boxes.

Sign up for our newsletter and get $5 off your first order!
You will also recieve a monthly “What’s On Guide” to your email!